The bundled load balancer has a pre-requisite of load balancer node(s) to be in the same L2 subnet for its internal working (due to dependency on Address Resolution Protocol for announcing node addresses across network). You also need to configure Virtual IPs for Control Plane to send traffic to GKE Kubernetes API server and for Ingress for internal service invocation. We will configure these details via the configuration file during deployment.

In this book, we would setup a Non- High availability deployment for Anthos on Bare metal. Following shows the topology that we would be setting it up. 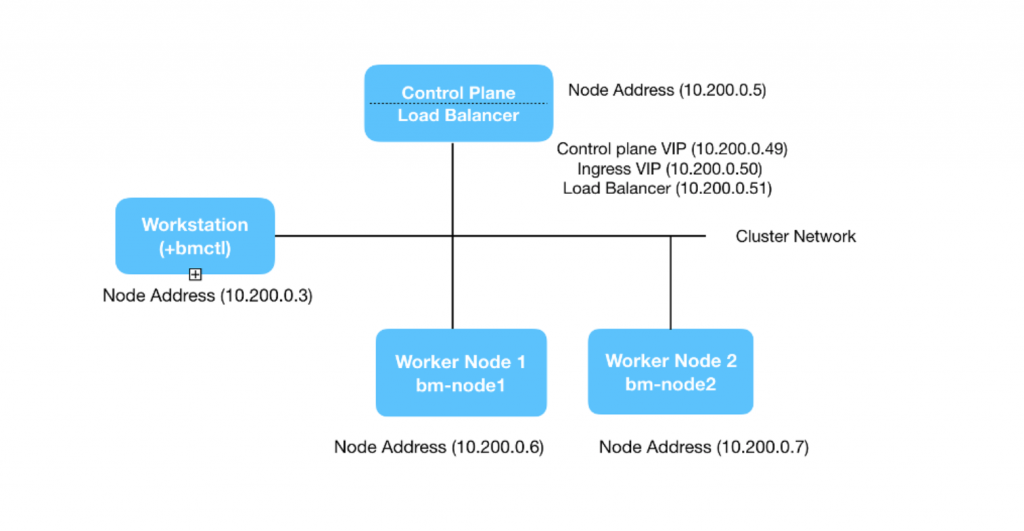 The topology consists of one control plane node with bundled load balancer and two worker nodes. The workstation node as shown in the topology diagram above have connectivity to all the nodes. In the workstation node we would install the required software’s like kubectl, docker and the bmctl tool to install required Anthos clusters on the cluster nodes.  In the next section, we would look at pre-requisite, followed by how to set up the required topology.